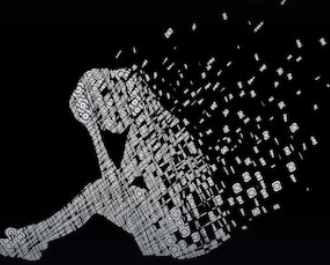 Sri’s house was always full of sounds. Its little dimensions and the fact that she lived alone only accentuated these sounds, giving them a theatrical touch. Everything in the house somehow managed to get in touch with some other thing and resulted in a noise. Legs of her bed screeched when they skidded over the floor, the chair creaked every time she sat on it, the utensils in the dilapidated dish container would slip off their regular positions and strike against each other, and then there were some rats, housed inside the soft cushions of the sofa that she had brought along with her from her father’s home. They nibbled persistently on the foam and the little leftovers that they managed to carry to their safe place. But this nibbling was something she had, grown used to, with the passage of time, like her husband’s snores and the weird sound that he used to produce when he orgasmed. The sofa with the rats nibbling inside it, in a sense, was a constant reminder of her marriage and of her husband.

Rattling in the kitchen woke Sri up, and soon, all the utensils that she had cleaned the other night and had placed on the cabinet were on the floor. ‘I must do something about the rats, today it is the utensils, but in the days to come it might as well be the Gods’, she mused, thinking about the photo frames of the Gods placed precariously on the top shelves in the kitchen. Yawning, she fell asleep again.

Some time passed and then her mobile phone rang. She had always, or at least for so long as she had had a mobile, been woken up by the same tone of Krishna’s flute. The tone that she had gotten saved on her mobile phone by Ashok, the mobile vendor in her locality. It was the first time she had talked to a stranger about a subject she knew almost nothing about, and she had waited for her husband to come back from work, to tell him everything about the conversation, and let him judge if that was appropriate of her to talk to an unknown man like that.

After she had come back home from the mobile shop, her thoughts had invariably strayed to the night of her marriage. The night when she had sex with her husband. She had known so little about sex then. And there she was decorated for it and was supposed to do it with a person about whom she knew even lesser. The details came back to her vividly. How he had feigned a smile at her, had waited for her to speak something, and then as if bored, had begun to undress her, removing all she had on her body, one after the other, her saree, the jewellery, the underclothes, and as if that was not enough he had then put his erect penis in her soft hands. How a pang of fear had rushed through her body, just like she had felt before entering the exam hall she was ill-prepared for. What had followed was a sensation so cold that her body had chilled, convincing her that she’d never be able to move her limbs. ‘Be shy about everything you are asked to do inside the bedroom’ her aunt had advised.
‘About what?’ she had asked.
‘That you’ll know tonight. But remember, shying away always comes to the rescue’.
And so she lost the grip of the penis and turned her face away. When she had looked at her husband’s face, he had looked so disappointed, and she had wanted to hold it, just to please him, to amend something that was not even wrong.

She had, upon her husband’s request, kept her bangles on, and when he was inside her, pushing his body against her as if the next thing he was about to do was to roll her over the bed onto the ground, the bangles had clanked against each other, all while the sex, near her ears. Those sounds, the clanking of the bangles, her husband’s gasps, the screeching of the bed, and her own enfeebled moans have stayed in her memory, together, and no matter how hard she’d try they refused to separate. He had asked her to do certain things that had then seemed quite abnormal. It had puzzled her as to why would any girl take the organ from where the boy pees into her mouth.

That night, he had come on her bare stomach twice in short gaps. She didn’t exactly remember how she felt and how long he lasted but that was because she didn’t know if the act was also to pleasure her, as if the prolonged penetration was capable of enhancing satisfaction. She was only told of the responsibilities. Be shy and be responsible. And she had won on those lines. A rat raced from across the room and started to climb using the quilt that was touching the ground. She gave the quilt a jerk and the rat took a detour disappearing into the sofa. It was time to get up, she thought.

She got up, joined her palms in front of her breasts, mumbled a prayer, used her right leg to bring the slippers out from under the bed, and made her way to the kitchen. She took her slippers off at the kitchen’s door and scanned the top shelves for the Gods. The frames were intact. She bowed before them and then bent some more to pick the utensils up.

THE END OF PART ONE
Read the part two here.

The image used in the writeup has been taken from here.

13 thoughts on “Of Sounds that Stay — Part One”