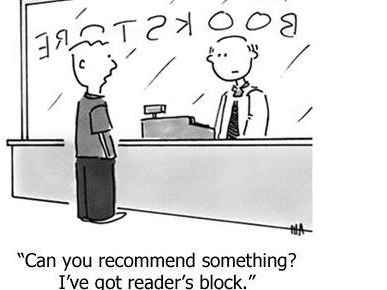 I have been reading books at a pace that now seems pretty constant. 3-4 books every month, and in that process, I end up finishing around 40-42 books a year. I began the last three years by picking up a book of size more than 1000 pages and then moved on to the other books. But this year I had decided to take on a distance learning course and get a Master’s degree in Literature. The idea was to get an insight into Literature and teach (if I learned well and ever considered myself worthy of being a teacher) at a later point in time, quite unlike the general notion behind the degrees earned through distance courses. Alas! Life didn’t turn out to be like Literature and I had to drop the course off midway just when I was exploring Milton’s poetry. The work in the office had considerably increased after my senior (who happens to be a wonderful lady and a friend) had switched to another company. It became unmanageable, the work and the studies together and the nuances of the poetry were not coming through. Things in India are pretty nasty that way, especially if you work for support projects in the IT industry. There are no schedules for things going wrong in these projects and things go wrong all the time. But this is not about my unrequited love towards my degree in Literature, this is about something bigger than that, something that I had only heard of and had laughed at, the reader’s block. And it hit me hard.

This year, where my reading is concerned, I was doing even better. I had managed to finish 24 books by May, leaving before me more than half the year and the prospect of finally reaching the goal of reading 50 books in a year. But then due to some personal reasons, I found it hard staring at the pages. It is quite normal, I mean, of course, you can’t read when you are occupied. But even when this preoccupation subsided, and this is after I hadn’t read anything for around 20 days in the go (longest since last four years), I found the books resisting me. I’d pick a book up and then read it at an unusual speed of 30-40 WPMs. I tried changing the book but nothing seemed to work. I visited the bookstores and tried reading there but three or four pages down the book, and bam, I lost interest in the content I was reading, or perhaps the book had lost interest in me. This was a shocker. Books are my thing. They have always been. I have no other accomplishment to my name (yes, I take pride in the very act of reading persistently). I couldn’t, then, possibly have led my life to take this turn. Of course, we have no control over other people in our lives, but our habits can be managed. There has to be a way, or a way has to be created. It was then when one day, as I had to go for a movie and having reached the mall early, I sauntered in the Crossword books’ store, throwing perfunctory glances at the shelves, that I stumbled across an entire shelf devoted to the legendary author and philanthropist Mrs Sudha Murthy. She (hereafter referred to as ‘they’) had been in my ‘to-be-read’ authors for quite some time now. An idea sprung to life. And so I googled her for her best books (I know all her books are good, but I had an onerous task of overcoming my reader’s block) and found that ‘Wise and Otherwise’ is a compendium of short stories, driven from their experience in life after having met so many people. Just what I needed. I came home and bought a copy of the book from Amazon and began reading it, promising that I won’t read the second story but I’d give the first story all my attention. The first story was about a boy, Hanumanthappa; intelligent, topper, poor, and honest. The story, woven around the simple fact that honesty knows no class, was poignant in the way it was narrated. I moved on to the next one and then to the next and by the time sleep had better of me I was halfway through the book, the book is only 160 pages long, but it instilled, apart from its themes which come across to the readers, a confidence in me. The book is magnificent in so many ways, but it is, and will always stay, special to me for alleviating my misery.

Thank you, Mrs Murthy. May you always have that sparkling smile on your face and keep inspiring the people by your words and actions.

I wish everyone finds ‘that’ one book.

PS: The image has been downloaded from google.com. The artist who created it, I am convinced, just by looking at the picture, is a genius.