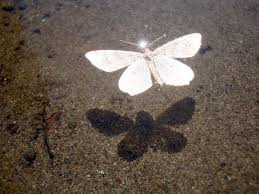 I never really understood what he meant when he talked about shadows. And he always talked about shadows. Like, a lot. Frankly speaking, it is not just about him or what he used to say. It has to be something with me. A foible. Like some people are bad with Physics, others with Maths. I am bad at comprehending people, life, and its ways. And that sums up to pretty much everything. I don’t really understand most of the stuff that goes around. Like what people mean when they discuss the news, or why has the news to be discussed at all. Anyway. I console this shortcoming in me by infantilising myself using the line that ‘Some people are like that’.

He was a close friend. Is. (I don’t know which tense would describe the relation more appropriately). The one who used to play this game of shadows with me. And by close, I mean amongst the ones who went to the same school that I was forced to go daily, who was then inevitably invited to my home, and with whom I shared my tiffin. Conversations with the school friends, especially after you graduate from different colleges can be tricky. No, awkward. Let us try to be accurate with the words, at least.

‘My workplace is full of shadows’ is what he replied when I asked him of his work. ‘Yes. Of course, we do have lights and centralised Air Conditioning system. Add to those the huge generators, which, if put to use, could light up the entire village from where I come. And yet, despite all the illumination and the power backing it up, I only like meeting their shadows – their alter egos. The one that is usually less reluctant, and is not scared of making acquaintances. The one that actually talks to me about them more than they themselves would ever do’.

What would you reply to such a person especially when you are sitting in front of them? If we were on a call, and since we both lived in the third world nation, I’d have disconnected the call and would have blamed the service providers for it. Messaged him later, cursing the network. ‘Reckless providers. Fuckers, eating all our money’. Or something like that, you know. His successive attempts to get on a call would then be picked up and cut in the first three seconds of their connection convincing him of the network issue. But. This was not a call.

‘So, no one talks to you in the office?’ I asked him reluctantly, still afraid that he’d bring shadows up yet again. ‘Is that it? The cause of all this frustration.’

‘Screw you. What do you know? No, everyone loves me. Talks to me all the time. This is not about me but shadows. The Shadows.’

‘No shadow stuff, please.’ And I regretted it the moment I said that.

‘There is always a shadow. See’, he said pointing to a pillar hosting a lantern on the nail, ‘even in this dark night, there are shadows everywhere. He pointed his finger at some distance on the ground where the shadow of a moth, encircling the lantern hung from that pillar, was moving in circles’.

I was bored. But no matter what you think of me from my telling you that I’d have disconnected his call and blamed the network providers for it. I am not vicious enough to walk away from people. At least not yet. And, so I stayed.

‘His shadow tells us that he is stupid’, he said.

‘He, who?’ I asked looking around.

‘Aren’t you paying attention to what I have been saying to you? The moth, who else.’

I thought ‘it’ would have been more appropriate. But then, it wasn’t exactly the kind of night you talk pronouns, and besides, even I wasn’t sure of the moth’s anatomy. Wasn’t the shadow enough already, now that he has moth to torment me with. But I kept quiet. I do that a lot. Since I don’t understand a lot. And quietness is often equated to acquiescence. Works perfectly. Every time.

‘He began explaining. See, he doesn’t know that he’d be dead soon. Conspicuous as he has rendered himself now, he’ll either fall into the lantern or become food for that lizard. I never saw him hovering over that lantern. It was his shadow on the ground that told me all that. Do you understand now, shadows speak when heeded to?’

I was, by now, sick of him and his obsession with shadows. ‘So, anyway, you were telling about the office and working with shadows’, I asked him, realising by now that his shadowy talk cannot be overshadowed.

‘Yes, people are so afraid these days. Scared of making contacts, of doing what they love, of saying what they believe in, of calling whom they love. And, when I talk to their shadows truth comes floating to the surface like a person eventually comes to cope up with the loss.’

‘And how do you convince them into you talking to their shadows? Considering the fact that they have to be there before their shadows were formed which would then converse with you.’ I said trying to be funny. It didn’t come out to be as funny as I had thought it would. That is because I suck at humour. Anyway.

‘I talk to them in front of the window panes’, he began, ‘overlooking, the road on which the pedestrians appear as ants. Seldom do I look at them while we talk. And when not looked at directly, people are less scared to open up. And when not scared of being judged, they turn truthful.’

This guy was actually making sense now. I have talked to people like that, looking at them through their images in the window pane and what he was saying was true. I, at least, turned more confident when talked to that way.

‘You know what’, he paused. ‘I feel so overwhelmed by conversations when people talk stuff out. Sharing their difficulties and happiness. Trying to get to know the other person better. Sometimes I think it is the only thing worth doing in this world. Knowing as many people as we can, and when needed, listen to their stories. Heed to them.’ He paused again. ‘It is powerful, most of us just don’t recognise this power of these conversations yet.’ And then he stopped. Abruptly. And I turned to see where his eyes were now fixed on the wall. He was correct. The Moth. The stupid moth, having tired itself of the circumambulations, must have decided to respite on the wall, and soon became the food.

‘See, everything vanishes once the shadows are gone. Future merges into the past rendering the present as dead.’ were his last words that day. For no matter how much I tried cajoling him to expound his theory to me he never yielded.

I am not much of a pusher. So, I didn’t plead much after that. But what he said came to me. The Shadows. The people. Their alter egos. The facades that they wear. Their inhibitions. Their reluctance. The Moth. The stupid moth. Dead now. Its shadow that was now gone, and with it was gone the last opportunity of getting to know that moth better, persuading him against that stupid circular path around the lantern, warning it of the diabolical lizard awaiting it with its fate, and if moths understood this any better than the humans, then an attempt to make them understand the unpredictability of the life and the significance of shadows, conspicuousness, and of conversations. I hated it why he stopped midway, and why that stupid moth had to die at that point in time. But this is how things in life are. There is no denouement in lives. You have to figure bits and fragments all by yourself.

2 thoughts on “Shadows and the diabolical lizard…”