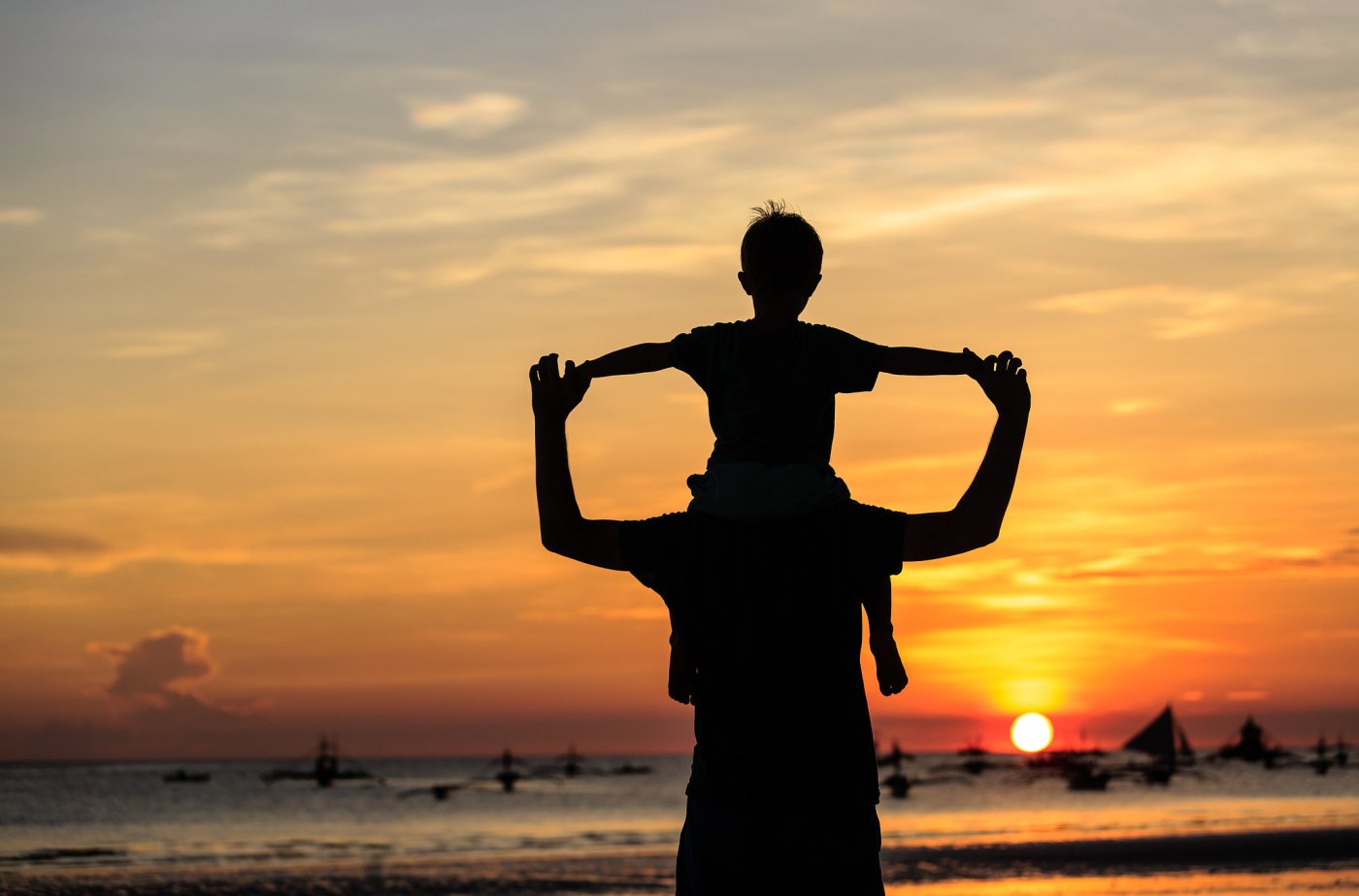 Sitting alone in one of the fastest and the most comfortable trains that mankind has succeeded in deploying, time and train both reminded Yezad of his father. After having faced all the vicissitudes of life, he thought, if he can make it big, so can anyone else. Success, he pondered, was never really his solo goal, especially when it came at such a heavy toll. But he affirmed himself, that he’d not let tears roll down from his eyes today.
Looking outside the window pane, he was convinced that anyone can travel in the super fast cars, trains and bikes; but lucky are those who have travelled on the shoulders of their father. And this will come as no surprise that no one ever forgets those rides. He started feeling blithe. It was then he remembered how, during the days, he’d travel the entire house on his shoulders, with his father’s hands clutched to his own at his father’s ears’ level. And how at other times when Yezad wanted to keep his hands over his father’s head; his father would then hold him by keeping his hands over Yezad’s knee, Yezad’s legs resting against his father’s chest all the time. Circumspection, he smiled, wasn’t required. He knew his father would duck every obstacle in the path. He wouldn’t have let anything happen to Yezad. Engaged in the memories of the journeys he embarked on his father’s shoulders, the train took a jerk and started speeding up, it was now the speed’s turn to bring back a few memories; he hated this thing about memories, they tend to stick with the trivial parameters such as time and speed and starts haunting you when you are alone; he recalled the times his father began to stride forward and how he’d just tighten the clutch of his father’s hand. He also remembered how sometimes he used to kick his father in the chest. Tears began rolling down his eyes when he thought about his father. The train then entered into a tunnel and Yezad wondered that all his life has been like one big tunnel, unlike a normal tunnel, which had a single entrance and multiple exits. Exits, that were all the same, leading him away from his family, his father. He thought if only he could turn back and exit through the entrance, but that was when the light fell back on his face, the train came out of the tunnel; and he knew there was no going back or perhaps he had already made the exit from the tunnel of his life too. He wondered if every single person’s life is like a tunnel too, but he wished that everyone’s exits should not be like his; leading one away from one’s loved ones.

He had constantly been in a discussion with himself for last 13 years, from the time when he first left his family behind him. The discussion which he knew would have no result. Such resultless discussions, he thought, are just there to haunt persons for what they had done. He called such discussions as guilt carrier. He has always tried convincing himself that whatever happened, had to happen; and assured himself that his father is as responsible for his predicament as he himself is.

He exactly remembered how his father, having heard from his ‘Seth Ji’ on one fine day that there is no future here in the village and that one should send his children to the ‘bade sheher’ of the likes of Bambai and Dilli if they want them to achieve something big or else let them be the ‘chhota aadmi’, came to Yezad that night and talked to Yezad about going to Dilli after his schooling. Yezad’s father was the single parent, for Yezad had lost his mother quite early in his life. Yezad never complained to anyone about his mother. Yezad was 9 when she left them. Yezad’s father meant the world to him.
And so, Yezad refused at once stating that he didn’t want a prosperous future. All he wants is to be with his father. Take care of him when he once goes beyond ‘that’ age. But Yezad knew that his father would never agree, primarily because the things have always been that way, his father’s way. He remembered his uncles and aunts asking his father to remarry to which his father said a big no and no one could convince his father. He slept that night wishing that ‘bhagwan’ would give some conscience to his father which would make him drop this idea of sending Yezad away. But neither his father nor his bhagwan heard his wishes and pleadings and he was sent to Dilli, where he graduated in Mechanical Engineering and was sent as an intern to Japan.
Things went on, days passed by, work pressure grew, leaving Yezad busier than he ever was. It was the ninth day in a row and he hadn’t talked to his father. There was never a day when he hadn’t thought about his father. the only problem was time adjustment. It was difficult for both of them to sync up given Yezad’s busy schedule, and his father’s travelling time to the nearest town providing ISD facility. Initially, it was arranged in this way; Yezad would call up a telecom operator at the town who would then notify one of his uncles, who would then pass on the news to his father. But later on and for about some years they had fixed a time. But now as Yezad had no time they shifted back to their original plan. Yezad didn’t find time the entire week. His father kept waiting on the other end, until one fine day when the summon from ‘Seth Ji’ wasn’t responded. The door was forced opened and Yezad’s father was found sitting on his chair with a calm demeanour, his eyes affixed at Yezad’s photograph, the only photograph of Yezad he had. Life left his body, but his hands didn’t let anything take away his son’s photograph.
‘Seth Ji’ then passed on the sad news to Yezad’s uncles. All the formalities were done according to the tradition; except for the ones that required Yezad’s own presence, which was then done by his uncles.
Yezad’s uncles tried contacting him, but all went in vain as they were told every time that he was working on the site. His uncles dreaded of the moment Yezad would ask them to put his father on call. They knew how much his father meant to him. But they were prepared to break this news to him for they knew that you can hide the whereabouts of the living, but you cannot hide the news of Someone’s demise.
Yezad’s eyes were filled now, with tears dropping like that of a small child whose wishes haven’t been fulfilled. Before he knew he was sobbing. This was not happening for the first time. He has cried over the unexpected demise of his father more than anyone could even fathom. He often wished for a way, if there was any, that could free him of his predicament. Mourning over the lost person is one thing, being haunted by the memories of someone so dear is something different altogether. He found himself responsible for his father’s early demise. He thought of all those old days. He thought of the day he left him. He thought of all those biennial visits to India and his home. He remembered of all those promises he made to himself about bringing his father along with him, he also recalled his conversation with his father in this matter where as usual his father rescinded his request.
Such is life, he thought, sometimes we err and we get forgiveness and at other times things just happen one after another, like an uncontrolled nuclear reaction, triggering on their own at their own will; and all that is left behind is the flabbergasted person with the guilt.

But above all, he remembered his father’s shoulders and the times he used to travel on them; and thinking of the fact that he couldn’t be there to give his father, his own shoulders when he needed it the most, increased his everlasting yearning for redemption.